Wander down Bridgehampton’s Main Street, and you’ll likely overlook one illuminating sight:  a permanent exhibition of American artist Dan Flavin’s minimalist light works. The Dan Flavin Art Institute—which goes by the moniker Dia Bridgehampton—is tucked inside an unassuming shingle-style structure that was first built as a fire station and later operated as a church until the mid-1970s. 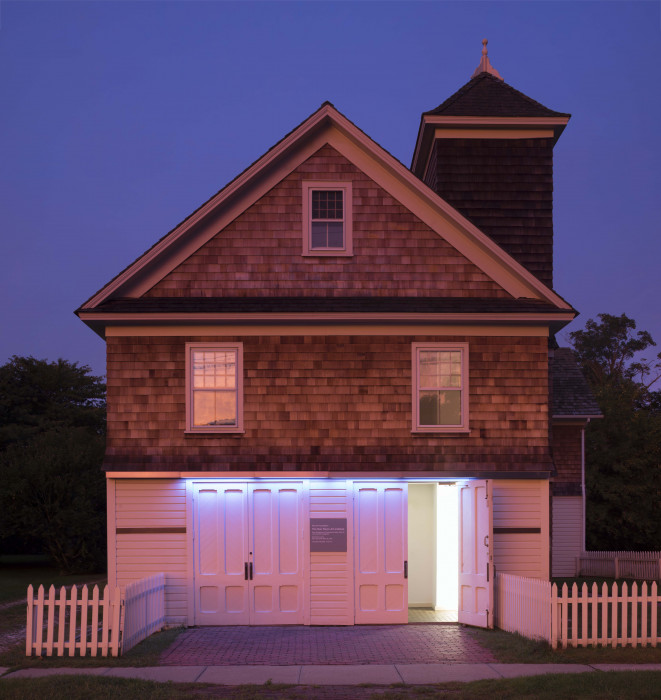 A lifelong New Yorker who eventually split his time between Wainscott and the Hudson Valley, Flavin was born in Queens in 1933. After a brief stint in religious studies, and after serving in the U.S. Air Force in Korea, Flavin returned to New York City to study fine art at the New School for Social Research as well as Columbia University.

While Flavin’s early works dabbled in drawing, painting, and mixed media, his star would rise as he explored the medium of electric light—he became an early pioneer of the Minimalist Art movement, best known for his use of factory-made fluorescent lights as site-specific sculptures and installations. 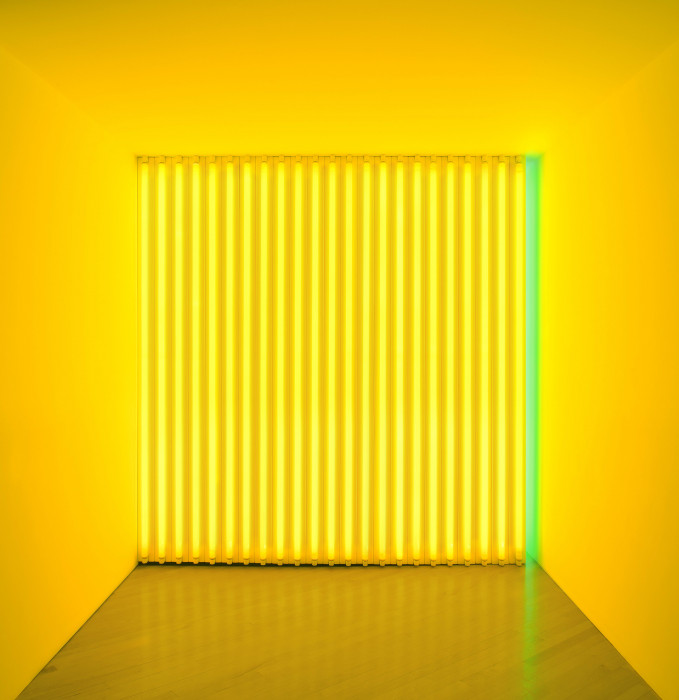 Since 1983, the Dia Art Foundation’s micro-museum has welcomed rotating exhibitions alongside the permanent installation of Flavin’s neon minimalist sculptures. Each of the nine works, all fluorescent lights, were created between 1963 and 1981. They were later installed by the artist himself before his death in 1996. The Dia Art Foundation’s commitment to fostering the East End arts community spotlights a rotating lineup of Long Island artists, hosting exhibitions in the first-floor gallery—don’t miss the latest works by Jill Magid, on view now, and those by Maren Hassinger later this year.